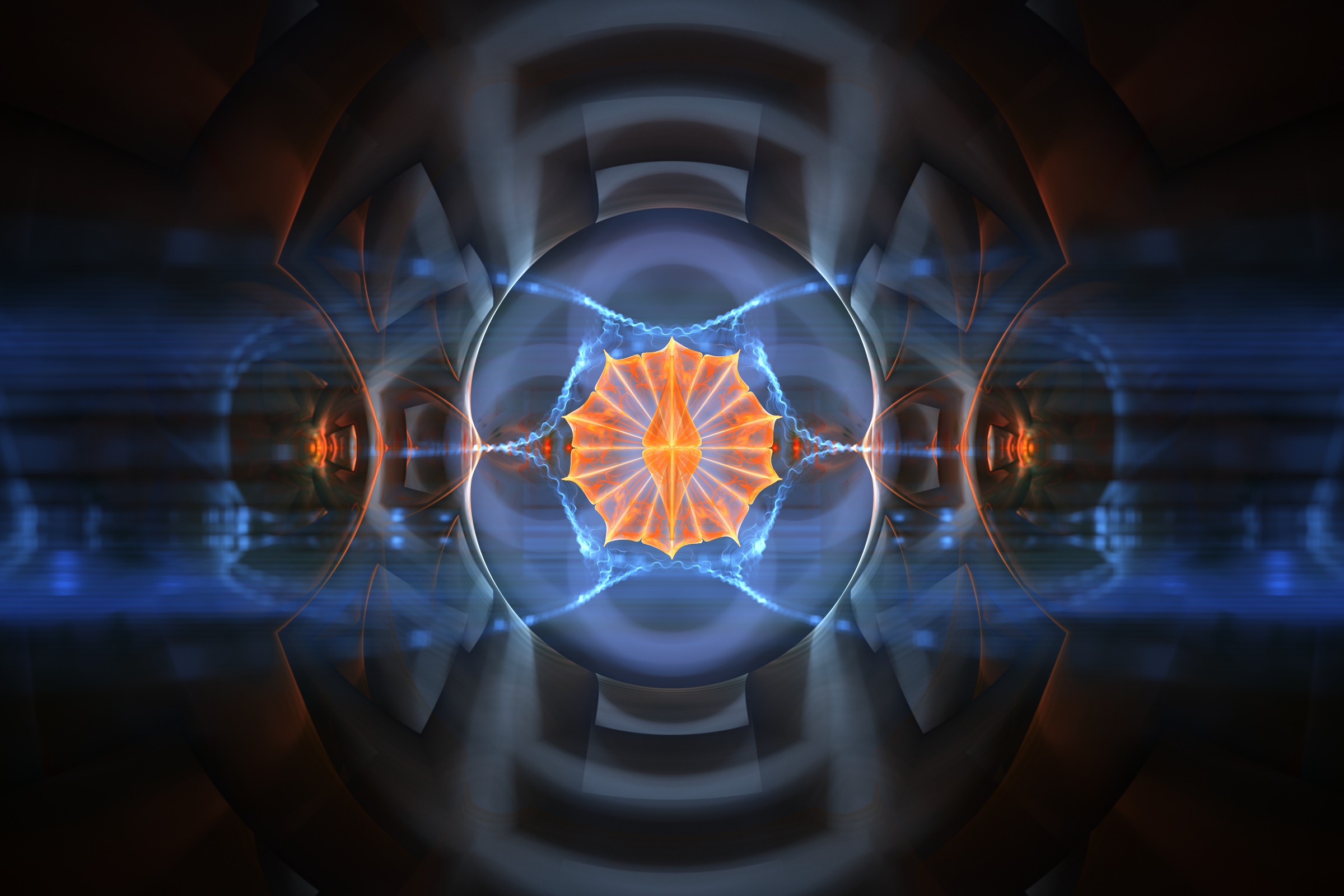 "Have you seen any fritz yet?" Sahib asked, with the usual mischievous look in his eyes.

"Well, kinda, I guess. I saw the green engine trails in the vir-view" Kira said. "Have you?"

Sahib looked around and lowered his voice, but just barely. "Don't tell anyone, but I had blond hair this morning."

"Sahib! You should know better! It could be dangerous. We don't know what's going on with those.. things."

"Yeah. Fritzes" Kira practiced the pronunciation a few times silently. "Hey, since you've had your turn being dumb, now it's my turn."

Sahib recoiled with comedically exaggerated shock. "Kira? Planning to do something dumb? I can't believe it. Tell me more!"

"No, it's nothing like that. I just have a question, and.." Kira sighed. "Everyone always thinks I'm so smart, so when something doesn't make sense I get really embarrassed."

Recognizing the sincerity of his friend, Sahib dropped the teasing demeanor. "Everyone gets confused sometimes Kira, it's nothing to be worried about. What's the question?"

Kira took a breath. "I'm not good with slang. I always have a hard time keeping up with new words. Recently, everyone is saying 'fritz', but I only kinda understand what they mean."

"I don't think anyone really knows what the Fritz is."

"No, I mean, I get that. It's just that the word is confusing, it gets used a bunch of ways. Like, when you sat down, you asked if I'd seen 'a fritz' yet. So fritz is a noun, and it means one of the weird things that's happening?"

"But then when the thrusters didn't work, was that a fritz? Did the engines have a fritz, or was there a fritz around the engines?"

"Oh, I see. You're right, it is a little confusing. I think it's a pretty flexible term. I think it fits in a few places. So the thruster array fritzed. That means there was a fritz in their operation, a strange occurrence. So fritz can be a noun or a verb, and the past tense verb is fritzed."

"That makes sense. So when you snuck into that cafeteria, there was a fritz there, and it fritzed your hair?"

"Exactly. Or you could say my hair fritzed out. The old way of saying it is 'Something is on the fritz', but I don't think you should worry too much about that grammar. It just meant acting up or malfunctioning."

"Ok, yeah, that was slipping me up a bit. But I've heard people say 'in the Fritz'. Or the sticker graffiti I see that says 'Welcome to the Fritz'. So, is the Fritz a place too?"

Sahib nodded. "Yeah, I think so. I think capital F 'Fritz' is the name everyone is settling on for the part of space we're in. The Fritz is where things fritz." Sahib gestured with his hands to help clarify the proper noun.

"Alright. That's a bit confusing, but I think I can handle it. So if I got this right, the following is all grammatically correct: The thrusters fritzed out, and brought us to the Fritz, where fritzes happen, and we don't know why."

"It feels pretty silly to me. It's way too much responsibility for one little word."

"Probably. But language is weird, you know? It's a soup we're all cooking."

Kira chuckled. "Well, I think I'll have to let this one stew a bit longer."

This time Sahib's shocked expression was genuine. "Someone call Julia, I found another fritz. Kira is making puns!"