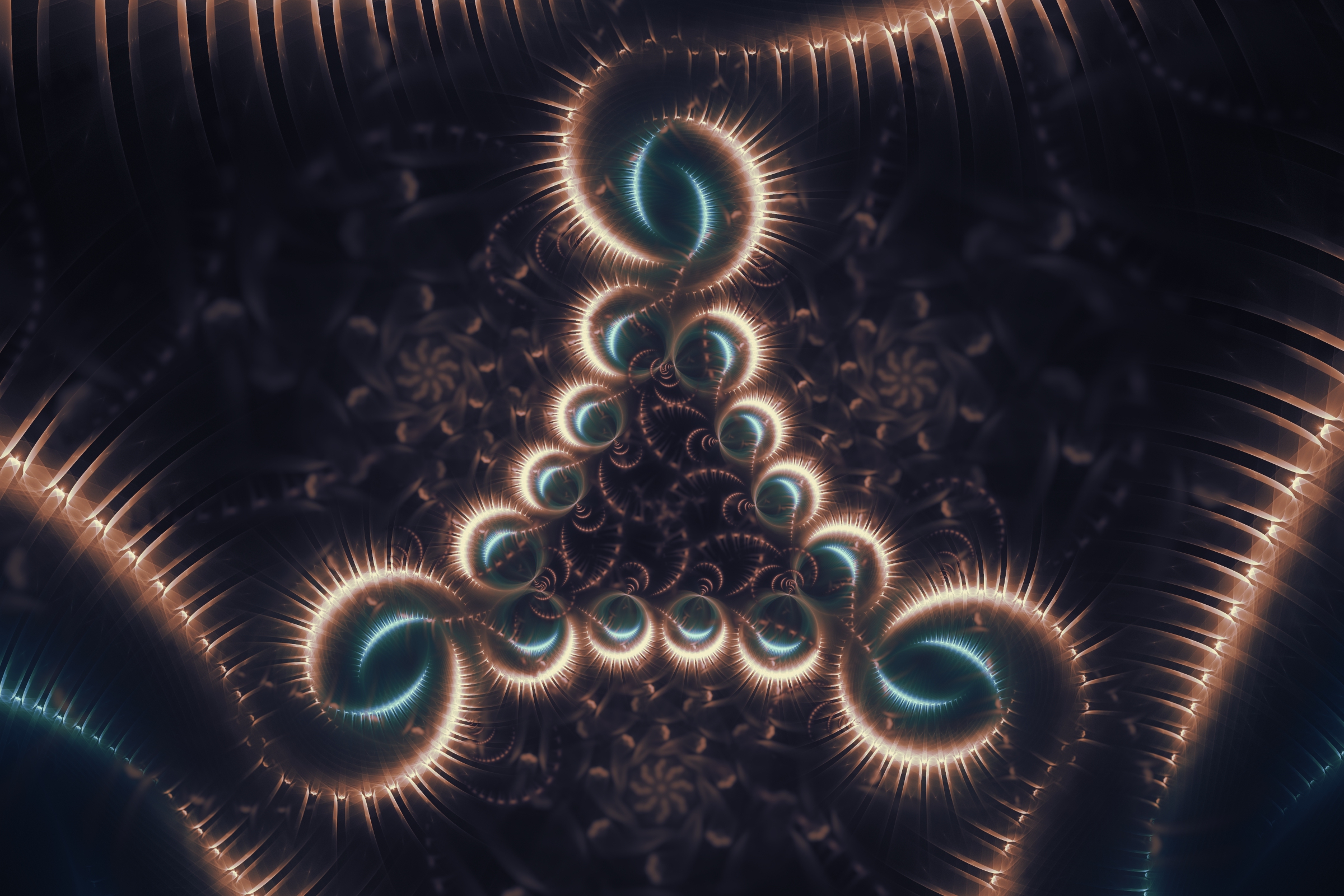 [This is a guest entry by Karen Eliot. Chronologically it takes place in parallel to Entry 1.003.]

Kadon sat on the floor of an unused science lab on the Jasper Sunset with a tourniquet in one hand and a syringe of bootleg jumpfluid in the other.

"T-minus Five minutes to Pak jump. Please return to your cabins and prepare them for thrust."

Kadon smiled. Just five more minutes. Then he would be far beyond the reach of the orbital shuttles that could haul him back to Earth. After that, what were they going to do? Turn the whole Fleet around and jump back just to deliver him to the authorities? No way. The worst that might happen is he'd be thrown in the brig. But at that point, it wouldn't matter. He'd still be among the first humans in history to breach the heliopause into interstellar space. For Kadon, that was enough. Besides, they'd probably let him out eventually. Once they realized he wasn't a threat.

"T-minus four minutes to Pak jump. Please make sure all items in your bunk are secured for thrust."

Ever since news of the Andromeda Fleet first hit the feeds three years ago, Kadon was determined to find a way onboard. He took out student loans he had no intention to repay, in order to enroll in a technical university. He'd failed horribly, but that was expected. He didn't need to succeed himself, merely make friends with people who did.

Friendship to friendship, he'd surfed the department's social scene, building a network of frighteningly competent, dreadfully underpaid people with enough moral flexibility to do Kadon some well-compensated favors. Zak had hacked satellite imagery of the launch complex, work shift schedules, and a floorplan of the Jasper Sunset. Brenne had worked on the safety policies for the Fleet, and was able to get him up to speed with how to avoid becoming, as her supervisor was fond of putting it, "human puree scraped off of bulkheads."

"T-minus three minutes to Pak jump. Please strap yourself securely into your bunks and prepare for automated fluid injection in T-minus one minute and fifty-three seconds."

The jumpfluid was the hardest part. Its synthesis formula is still very classified, and research samples are tightly guarded. Zak's drug dealer claimed to know a reputable chemist who'd gotten his hands on a batch and managed to reverse engineer it. The three degrees of separation left Kadon uneasy, and the price was downright astronomical, but launch was only two months out by that point. It was the first time he'd caught even a whiff of a source for jumpfluid, and he couldn't take the risk that he would never catch another.

Good thing, too, cuz he didn't.

"T-minus sixty seconds to automated fluid injection. Please make sure your straps are secured for thrust. T-minus one minute and fifty-five seconds to Pak jump."

Kadon froze at the sound of footsteps in the hall. No one was supposed to be back here. That's why he chose this lab. Everyone was supposed to be strapped into their bunks right now. This was very wrong. This could ruin everything. One simple comms call, and they could delay the jump for long enough to ship him back.

Kadon scrambled into a locker full of lab coats and slipped the door shut as the footsteps stopped outside the lab. Surely it was futile. Surely he'd been heard. Surely they'd see the syringe of illicit jumpfluid carelessly dropped onto the floor in his panic.

The door hissed open. Footsteps crossed the room in a hurry, approaching the foreward wall that held one of the room's two workbenches. Kadon heard the rustling of a bag and a clunk of something heavy being set onto the bench.

The intruder worked faster, tearing velcro and fiddling with the thing on the bench. Apparently finished, they made for the door, but stopped right at the threshold. Kadon's pounding heart sank. For a second, it really seemed like he was going to get away with this. If only he hadn't dropped that damned syringe.

The footsteps rushed back to the workbench and grabbed the now-empty bag they'd brought in. The door hissed shut behind them, and Kadon heard them run foreward down the hall.

Kadon clicked the closet door open in disbelief. The syringe still lay on the floor where he'd left it. And on the workbench, a music box with something else attached to it, all held in place with thick velcro straps.

He began to worry. Someone here when they shouldn't have been, delivering a fucking music box? This was a dream, wasn't it. A goddamned rehearsal dream the night before the actual infiltration.

Couldn't risk it, though. Weird shit happens everyday. If this were reality, and he didn't see his plan through, well... Human puree doesn't get to dream.

"T-minus five seconds to automated fluid injection. See you on the other side."

Kadon snatched the syringe. A little of the jumpfluid had spurted out of the syringe when it had hit the ground. Kadon tried to get some of it back in the needle, but his hands were shaking, and the risk of getting air into the syringe was too much.

"T-minus forty-five seconds to Pak jump." The human voice had been replaced by a computerized one.

It'd have to do. Here's hoping the dosing had some wiggle room. Kadon stood against the aft wall and wrenched the rubber tourniquet around his bicep. Holding the end of the it in his teeth, he took deep breaths while bracing his other hand, holding the syringe ,against his forearm. The shaking needle steadied as he waited for a vein to appear. At first sign, he plunged the needle into the vein and loosened the tourniquet to allow the jumpfluid into his body.

The music box clicked. Someone sang.

'Tonight, I'm gonna have myself a real good time.'

Fucking Queen? Are you kidding me?

There's no way this is not a dream.

"Releasing gravity in three, two, one,"

'Turn it inside out, yeah,'

The ship gave a deep click and Kadon was weightless.

Kadon snagged the syringe before it could float away, packed it in its case and shoved that in his pocket. The motions caused him to nudge the wall, and Newton nudged back. Kadon floated toward the middle of the room. Too slow. Nothing to grab. No way he'd reach the opposite wall in time to kick back.

'Floating around, in ecstasy,'

What a dumb way to die. Three years of dedication, splattered against a bulkhead. Still, he supposed, it was better than a life in prison back on Earth. At least his remains would make it to the Black.

The flash of an idea:

Barely thinking and fired up by the song's crescendo, Kadon tore off his jacket and held it under his feet. As soon as he was aligned with the music box, he kicked as hard as he could. His jacket kicked back. It didn't have a lot to offer, but it was enough to send him back towards the wall.

He pawed at the approaching bulkhead to flip upright—

—and brace himself spread-eagle against the wall.

"Having a good time!"

A hundred elephants slammed Kadon into the bulkhead as the ship screamed into his skull. He barely had time to see his jacket flying at him from across the room before it plowed through his left elbow, cleaving it in two.

The pain was weak and distant. Curiously, Kadon noted, the edges of the sever scabbed over almost instantly. A calm had slipped over him through the back of his brain. The jumpfluid, probably; it was clearly working, or he would have been puree by now. The pressure of so much acceleration was beyond description.

And in that, Kadon knew that none of this was a dream. His sleeping mind could never have come up with this sensation. It was real. He had made it. He was headed for Andromeda. He would have cried, had his tear ducts been strong enough to overcome the acceleration.

Twenty-six seconds later, the screaming elephants vanished as abruptly as they had appeared. Weightlessness returned, and the gentle braking of the Pak Array lifted Kadon away from the wall. Sleep finally took him as he drifted toward the workbench, where Freddie Mercury sang him a promise:

"I wanna make a supersonic man out of you..."