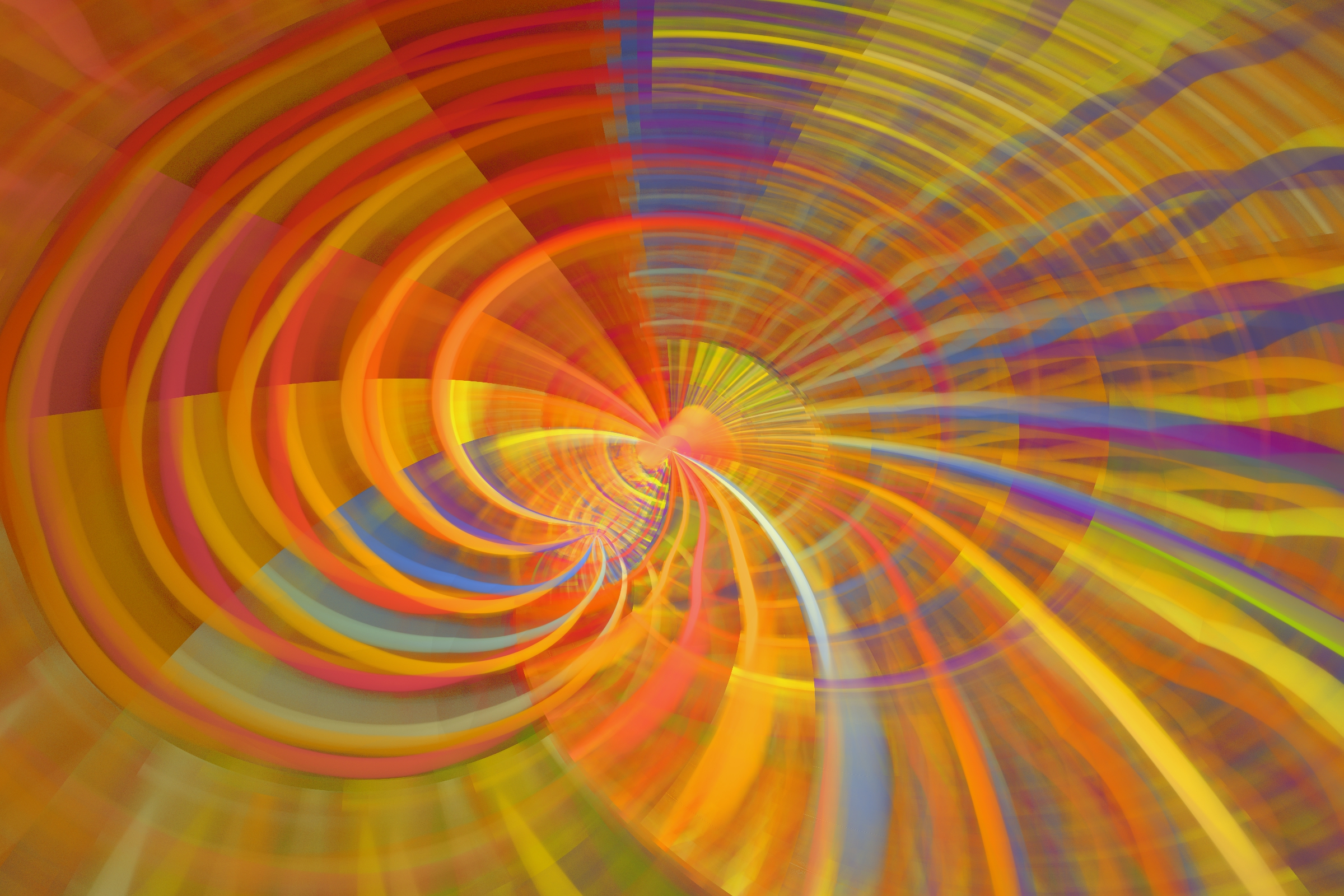 Dejana walked the hall from her bunk to the starboard lounge.

Officially, there wasn't a day and night cycle aboard the fleet. For convenience, the 24 hour day cycle was maintained, kept in sync by a quantum clock aboard the Thruster Array hub. Social scientists expect the crew to shift their sleep schedules around over time so that a roughly steady number of crew members are awake at any given time.

But for now, most of the crew still slept in the familiar hours, settling in around 21:00. Here at 02:00, Dejana couldn't hear footsteps in either direction. She closed her eyes, and let her mind maintain the scene. She paced through it confidently, turned the corner with almost no hesitation. She'd walked this path at least a couple of times every day since launch, she knew it well. She stopped, eyes still closed, and pointed. If she was on target, she'd be pointing right at the synth-fuchsia on the small table, the sparse bit of décor that hinted to passerby's that the lounge was nearby.

Keeping her eyes shut, she remembered what she'd read about blind folk using sound to navigate. She snapped with her spare hand and tried to imagine the sound echoing around the room. Snap... snap... snap. With a slow breath, she admitted to herself the snaps weren't really helping. Only one thing left to do.

She opened her eyes, and her finger was pointed right at the flower. But instead of the usual rush of success, she'd grown familiar with, this time she was left disappointed. Her memory and accuracy were as sharp as ever, but recently she'd been hoping for... well, something new. Something different.

Here she was, aboard one of the most sophisticated ships humanity has ever built, thousands of light-years away from home, and Dejana managed to be bored.

But who could blame her? Things didn't change on board a spaceship. They reached a nice boring equilibrium and just stay that way.

Inside the long, Dejana brought up the menu for the food console. Call her old-fashioned, but announcing her meal selection to the room to make use of the voice recognition always seemed unnecessary. Paging through with the touchscreen to find something she hadn't tried before, she grew dismayed at how deep into the library she had to dig.

Past the paella, scrolling by som tam, after the arepas and chiles and curries galore, something surprising caught her eye. "Raxxian Cabbagesteak". Raxxian? Dejana couldn't remember what kind of cuisine was called Raxxian. And come to think of it, she wasn't really even sure what a cabbagesteak was.

She tried to imagine how to grill a cabbage like a steak, then imagined how to slice a steak like cabbage slices. Either way, she figured, it sounded interesting enough to try. And more importantly, it was new. She stopped for a second to savor the feeling. It was bittersweet, while she was thrilled imagining what might come out of the food console, she worried there weren't too many more surprises left like this to find.

She punched in the order and tried to temper her expectations. Just because it was new, doesn't mean it'll be good, she reminded herself. Memories of a school trip to Norway and a dare involving lutefisk came to mind. For just a moment, she was back there, proudly holding the can, sure that the stores wouldn't sell it if it wasn't tasty. She shakes away the daydream before it can reach its gut-churning climax. Poutine was great though, remember?

The food consoles were usually pretty quick. The computers were quite good at synthesizing solutions for heating and cooling processes that would usually take hours. But in this case, Dejana couldn't help but notice the dish was barely beginning to materialize, a couple of minutes after she expected it to be done. What did this cabbagesteak require that slowed the machine down so much. Whatever it was, not knowing left her salivating.

With a characteristic chirp, the machine finished its hard work. Opening the door, Dejana was greeted with a peculiar sweet aroma undercut by something she couldn't say was far off from a tire fire. The "steak" didn't look like beef, or pork, or lamb, or any other meat she could identify, but it wasn't quite plant-like either. Puzzled, but ever optimistic, she carried it to a nearby table and began the task of making a brand new memory.