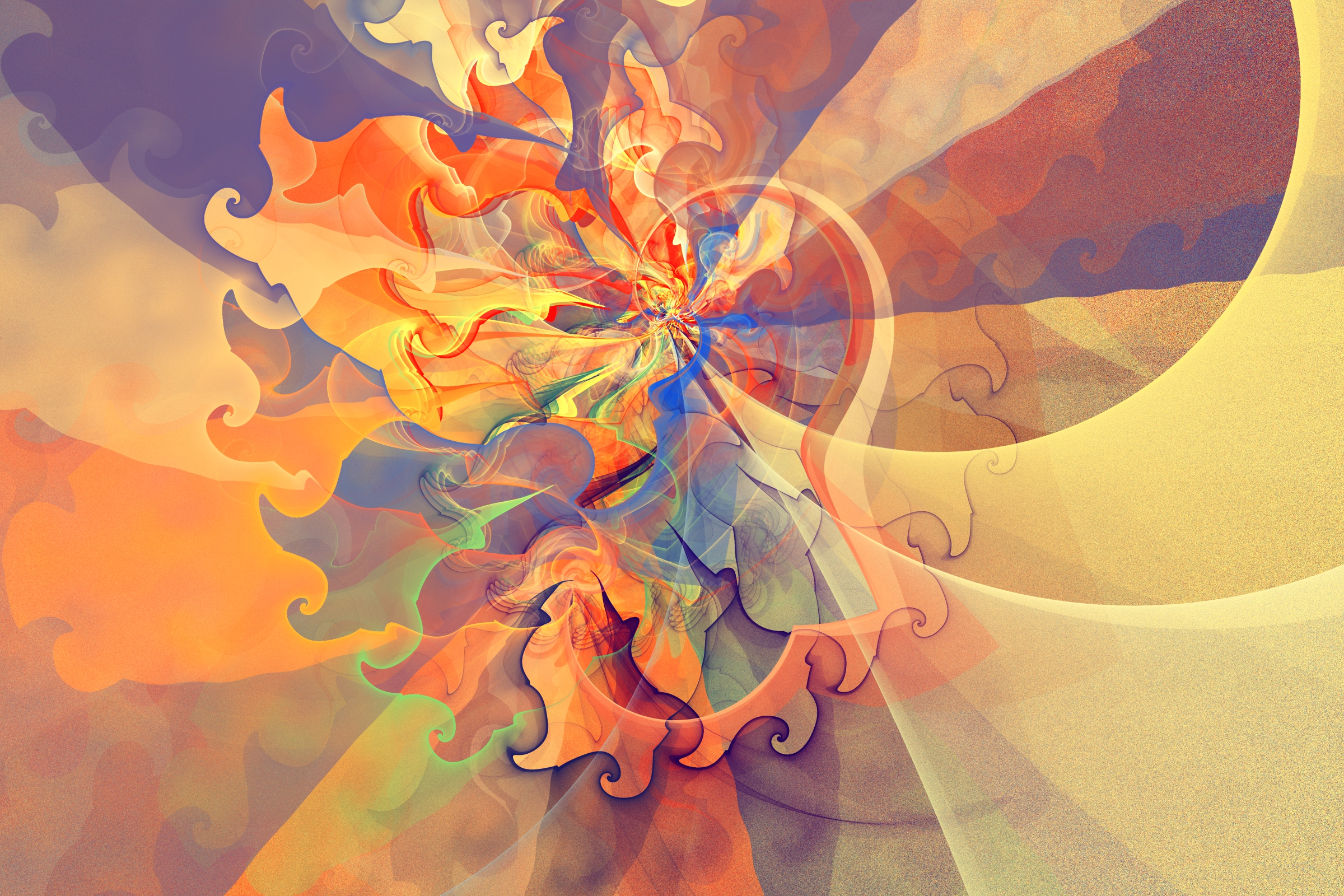 "We can't just disconnect the thrusters.

I mean, yes, we can probably stop power to them, if we figure out where to store the drive core output. But it's not just a matter of power. In their non-thrusting state, the Pak Array maintains the transport bubble. We don't want to pop the bubble without thinking it through."

"OK. I'll be honest, engineering wasn't my best class in school. Explain the bubble to me."

"So you have the thruster array at the head of the fleet, right? Big round spindly thing, fun to look at. That's where all the energy, jump navigation, and thrusters are housed. It's the tugboat for the whole fleet. When we spin it up, it starts generating the Pak field."

"Jeez, Pak really named everything after himself, didn't he?"

"Sort of. Believe it or not, there were two Paks working together on these discoveries. Jeung Pak named the thruster array after his partner, Namgung Pak. While Jeung worked on scaling up the array, Nemgung focused on the energy field it produced. In her first paper, she named it the Pak field, after her partner Jeung. From there, it kind of snowballed into a big inside joke for engineering nerds."

"Anyways, the Pak field is sort of like a membrane of energy. It inflates out from the thruster array, kind of like blowing a soap bubble from a wand. We call this the transport bubble. You probably remember seeing the "northern lights" when we first spun it up."

"Yeah, that was the first moment I really felt like this whole trip was real."

"It is really pretty to watch. As it expands, it makes contact with the ships in the fleet. Each one carries a Pak anchor, usually somewhere back in the engine bay. It's just some fancy matter that makes a disturbance in the Pak field, so it's easy to detect. The thruster than focuses essentially a tractor beam to each anchor. Some fancy signal interference expands that focal point to encompass the whole ship."

"That makes the jellyfish shape I always see, right?"

"Yeah, the thruster array is the head, and the Pak tethers are like the tentacles. The transport bubble grows in a shape like a grape, and with all the tethers and ships inside. Once every ship is covered and all the tethers are secure, we can freeze the field. That was the part they had to close the observation decks for, it's too bright to look at. We dump so much energy into the Pak field it essentially crystallizes. At that point, everything is locked in position relative to the Array. So when the thrusters thrust, we get carried along."

"So the bubble keeps us all together?"

"Yeah, and it also has some strange interactions with gravity and momentum. The crystallization I mentioned is a feat of metamaterials wizardry. Honestly, I barely understand it myself, but external forces are mostly ignored within the bubble. So when we go billions of miles per hour, we don't turn into paste."

"But we still have to use jumpfluid because of the acceleration."

"Well, yeah. The bubble isn't totally opaque to external force, it's really a lot more complicated. Someone explained it once like some kind of lens distortion like everything is stretched out of scale, but the math got too confusing pretty quickly. We experience just a fraction of the forces we'd encounter if we were using conventional thrust. Those ratios are part of why we planned dozens of jumps along the way to Andromeda. Even with the bubble, we can't go too far in one jump or the forces that make it through the bubble will still break us."

"Alright. So we use the bubble while we're jumping to stay safe and stay together. But what's wrong with turning it off now, or popping it as you say."

"It's not that we can't do it, it's that once we do, it's slow to set back up. Forming the bubble and the tethers takes a while, a few hours at least, but gathering up the energy to crystalize it is another story. Back home, the first time we did this, we had the benefit of a nearby sun. It was pretty easy to harvest a bunch of solar to supplement the reactor output. Out here, we have to build it up ourselves. That's a process that will take about a week."

"Oh. So a week to build up the energy, then a few hours to establish all the tethers and crystalize the field. But, I mean, we're in deep space, what's the rush?"

"Right now? No rush. But we don't know what's out here in the Fritz. If something scary shows up, do you want to wait a week to be able to move?"

"No, I suppose not. But we aren't really expecting to encounter aliens, are we? I mean, we all got those long lectures about the Fermi Paradox and not getting our hopes up."

"Sure. It seems unlikely there's alien civilization hanging out this close to Earth. But it's also unlikely that our thrusters would start up all on their own. Or that missing cat with all the clones. Or the green engines. We clearly don't know what it's actually like out here. So our assumptions about the Fermi Paradox need to be re-examined. I'm not saying there are certainly evil mean aliens here that want to hurt us. I'm just saying if we see some aliens, I'd like to know we could jump before we find out if they are mean."

"I see. I guess that makes sense. But the alternative is to leave the thrusters primed, right?"

"Arbitrary distances, in unexpected directions. We'll be fully lost with only a few more jumps like that. If we don't wind up in the right patches of sky, we're literally off the charts."

"Yeah, but that's where explorers are supposed to go, right? Off the map, beyond the charts. Seems to me that getting a bit lost along the way is just part of the territory."

"But what good is getting lost if you don't find your way back home?"

"Let's be real. We were never going home. You know that, right? The 'Return Clause' is basically toothless, even more so now that we aren't going to Andromeda. The only thing headed back to Earth is whatever we upload through the commlink."

"Speaking of which, what's your engineer opinion on Commlink Earth?"

"I can tell you all about a planet's orbit based on Newtonian physics, no sweat. But once planets get out of alignment, that might as well be the territory of astrologists."

"Honestly, it creeps me out, and I don't like thinking about it. I mean, say somehow that's really Earth. It got sucked up and flung across the galaxy with us. What about the rest? The other planets. The sun? A planet chasing us on a leash isn't a healthy planet, it's a dying one at best. Fatally cold and losing temperature quickly. Let's hope that's not the case."

"We got the letter from them."

"Yeah, about a week after the first jump. More than enough time to freeze to death, and they didn't. So what does that leave us with? What scenario can be so convincing to our commlink to fake a back-and-forth data connection to a whole planet? Or what insane reality breaking are we doing by maintaining the commlink. Have we built a communication wormhole? Or is it just a bug that our best scientists can't crack? None of these outcomes fills me with hope."

"You're right. That isn't fun to think about."

"What if the bubble is maintaining the connection, somehow? Every other force that passes through gets distorted. Maybe the Fleet bubble is working as a giant megaphone for interstellar communication?"

"Do you think that's true?"

"I don't know. But it's another good reason to keep the bubble in place, at least while we figure things out."

"Hmm.. Alright. I'm convinced. The bubble should stay up. I'll do my best to explain why to the operations council. I still think it'd work better coming from you though."

"You know how I get. Too many people looking at me, I just shut down. I can't present in front of a council, let alone Operations. I'm itchy just imagining it."

"That's fair. I guess I'll have to do my best. Do you think they'll listen?"