Intervention of the Sphere 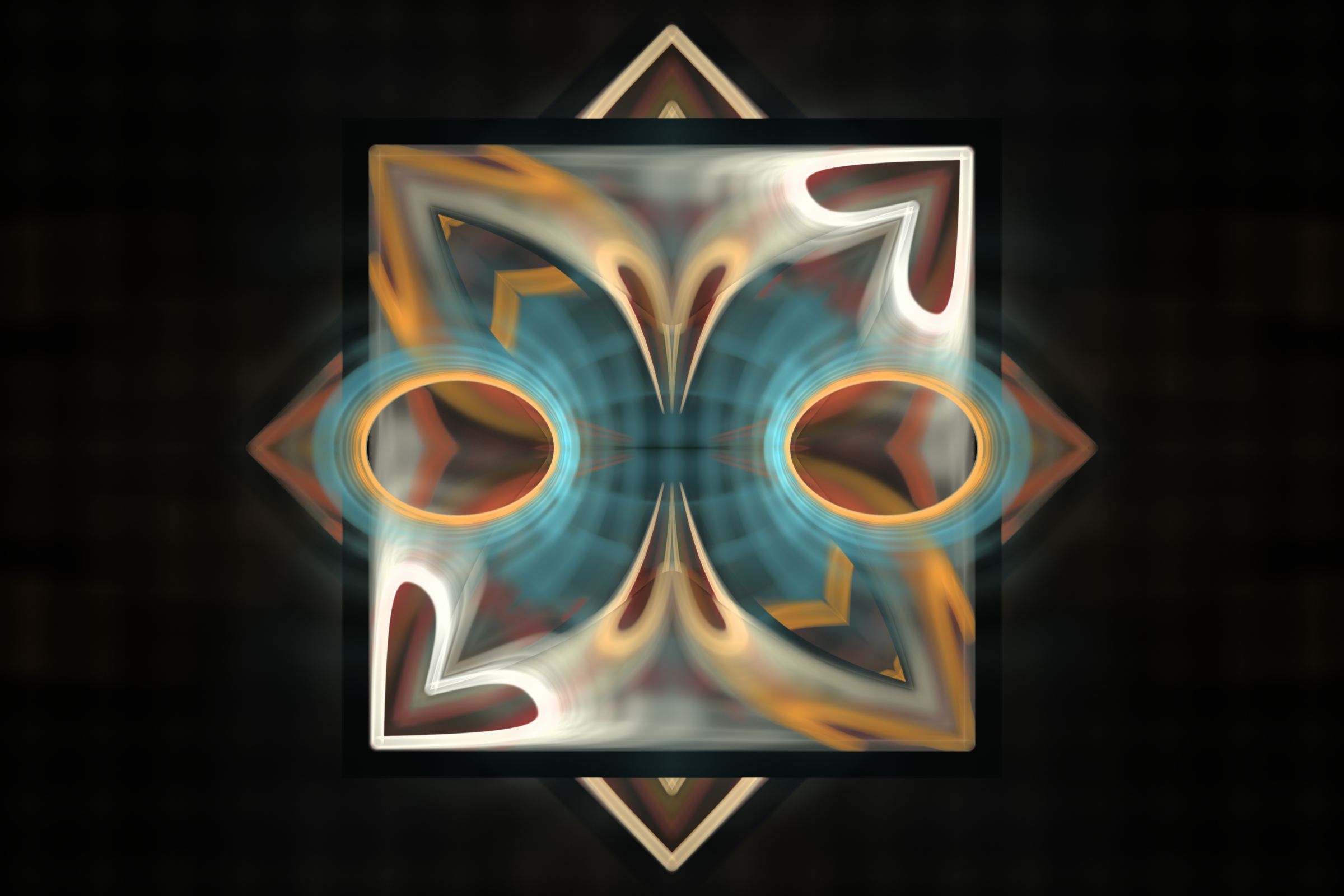 We don't know exactly when it showed up.

It seems like the sort of thing someone would notice, a meter-wide sphere, floating about ankle-high off the floor. Inside, a hazy swirl of cloudy gasses with a dimly flickering inner core. However, the first reported sighting of the sphere occurred in the cold storage bay aboard the Sodium Compass when it was found patiently waiting to be let through a door. How long had it been there, waiting to come out?

Well, after that point, it didn't seem to have any further trouble with our doors. I think it learned how to imitate a crew badge signal. Then again, we've seen it on three ships now, and there's no way it rode a transfer shuttle between them. So maybe it stayed behind the door because it didn't understand that a door represented hidden space. It's hard to say, we almost never see it moving. When we do, it's pretty quickly, and surprisingly quiet. Usually though, it just sits somewhere out of the way and.. I don't know, watches? Listens?

Obviously everyone has theories, and of course the most popular is that it's alien. I'm not so sure, I wonder if it's a prank by a bored engineer. And of course, it could be some new sort of Fritz. They've been pretty localized so far, not moving like this sphere, but it's not like we have any idea what causes them. Whatever it is, it didn't seem too interested in telling us. It doesn't give off any radiation that we can detect, and doesn't seem hostile. If you yell at it, it will scurry off and hide. But we haven't seen anything that even looks kind of like a weapon or a defense.

I think it's pretty obvious it's a prank now.

Today it allegedly spoke! A scientist was observing it on the Compass, and recorded the first known sound from the sphere. I listened to the recording. It's a human voice saying "Good duration!" I don't know what that's supposed to mean, but it's got to be something a human came up with. It sounds like the kind of pseudo-mysterious gibberish you'd find in a teaser for some ARG back on earth. I'm not getting too invested at this point. But I do have to admit, prank or not, this is one of the more entertaining things to happen to the fleet.

Oh, but the memes are great. "Good Duration!" has become a great punchline. As you probably guessed, a meme-cult sprout up casting the sphere as a divine prophet. When it finally spoke, that crowd just went nuts. It's their go-to greeting in the halls now, "Good duration!" It's kinda like that "Happy Morning!" trend from a few years ago. There's a series of memes making the round right now that border on the surreal, but all feature the Sphere bellowing its now famous first words. It's hard to describe, but I can't stop laughing about them. It makes me miss how vibrant the meme culture was on Earth. We try to keep the spirit alive out here, but this has been the first time we've really had a hot topic to rally around for fun. I'll try to get some together to send in a media package soon.

OK, hear me out. It could definitely still be a prank, but I'm starting to wonder who would take it this far.

The sphere spoke again. "Language mapped. Share or discard?" Tell me that doesn't sound like an alien translator AI. Not that I've ever met any, but it makes sense at least. We can't expect alien intelligence to share a language with us. For a long time, futurists have speculated that interstellar communication would require "translation interfaces", computers or AI that build up an ad-hoc communication protocol starting with basic signal patterns, eventually working up to a logical mapping of the shared parts of it's home language and any new language it encountered. There were designs for such devices in the labs here, though none really ready for production. Until we knew the nature of the aliens we'd encounter, it seemed silly to commit to a final form factor. Anyways, what if that's what this sphere is, from the other side? It's been watching us for a few weeks now, soaking up our words and behaviors. Maybe "Good duration" really was an attempt at a greeting?

Per council order, we've decided not to respond actively quite yet. If this is an alien asking for permission to translate for us, we could be looking at one of the biggest moments in human history. But maybe a dangerous one too. This sphere slipped right into the transport bubble, and seems to move about the ships without restriction. A civilization that can do that is probably more sophisticated than we are. We're having a vote in the morning about how to respond, but at this point everyone's getting excited. I don't think there's really that much interest in "discard". But we still want to go over basic approaches and have a few plans for what comes next.

If this turns out to be a prank, whoever's behind it is really putting their reputation on the line. It just seems too complicated, and too important of a thing to joke with at this scale. I'm sure we'll find out tomorrow, one way or another.