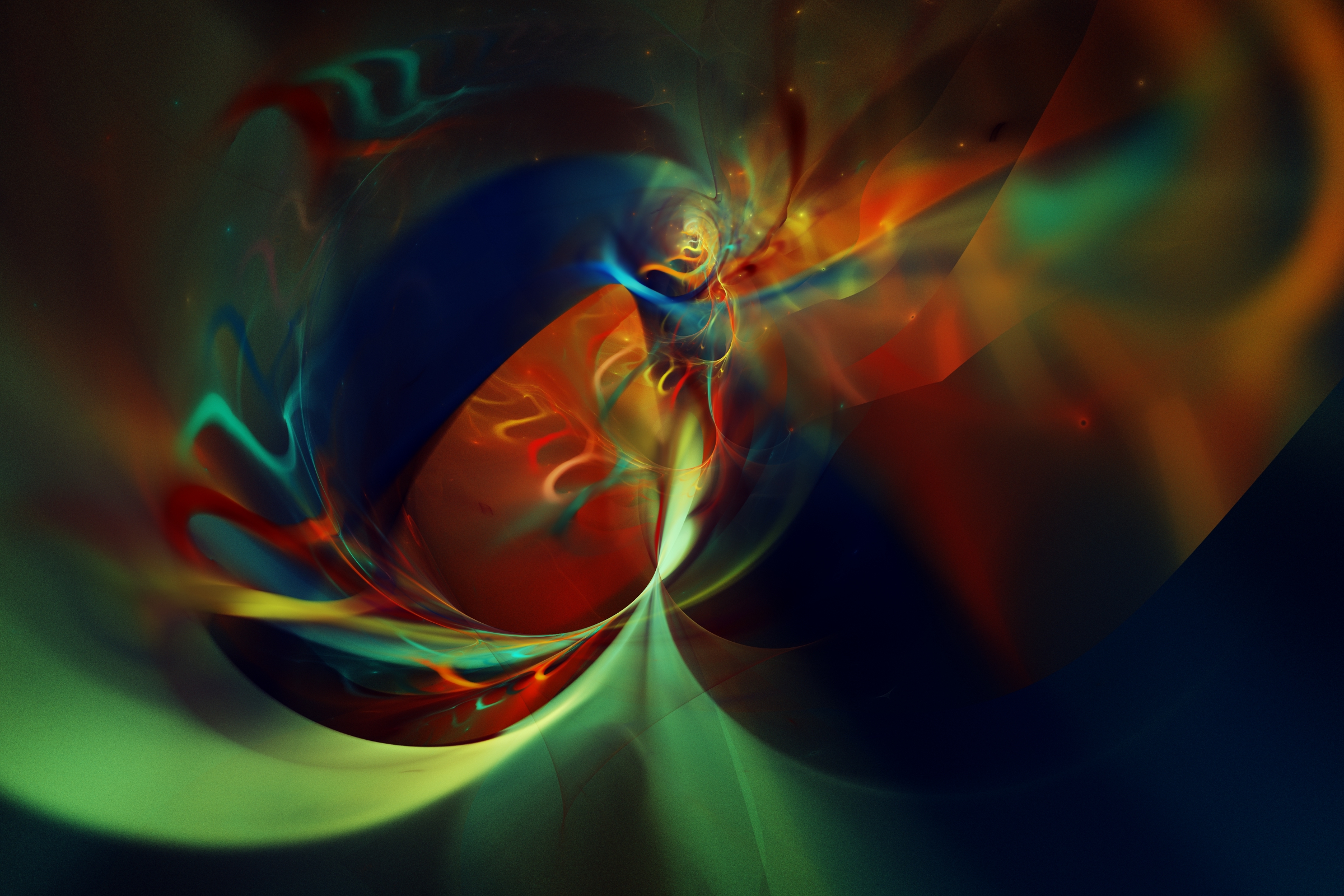 Mikal looked up from his meal with a puzzled expression. "Me?"

"Yeah, you!" Tia chuckled, then suddenly, her face sank into worried consideration. "Oh, wait. Maybe I've made a big mistake."

"Tia, what are you talking about?"

"I'm not very good with faces. Sometimes I misremember." Tia meekly explained, trying to bury her eyes in the floor. "Please don't take it personally. I just thought you had brown hair before. I'm sure it's just my brain mixing things up."

"I still don't quite follow. But I do have brown hair."

Tia dared to look up, and her worried expression deepened. Mikal's medium-length blond hair framed his face handsomely. But it was unmistakably blond. Not light brown, not dusty blond, but bright, freshly bleached, beaming yellow blond. "Mikal, please don't tease me. Your hair is the blondest hair I've ever seen."

It was Mikal's turn to look worried. Pulling a few strands to look at through the side of his eyes, he saw the unfamiliar color and almost jumped out of his seat. "What?! When did this happen? Tia... Tia! I didn't do this. Why am I blond?"

"How could anyone else change your hair color, Mikal?"

"I don't know, Tia. This doesn't make any sense. I would've noticed blond hair when I woke up and looked in the mirror this morning. It must have changed since then, but all I've done was  a quick jog in the track room and then came here to get some food."

Tia's curiosity cut through her confusion, and her engineer mind took over. "Rapid hair discoloration. Did anything feel weird during your workout? I wonder if the jumpfluid had a residual reaction activated by body sweat? We should-"

"Tia. Look." Mikal pointed to another crew member who'd just walked into the cafeteria. With bright blond hair. "Him too."

Tia blinked for a moment, then ripped her hood down. "Do I?" she asked impatiently. Her short buzz cut was the same brilliant blond as the rest of the room. She read the answer off Mikal's nervous face. "Ok. That means it's not the workout. It's something that's affecting a lot of us. Hey, excuse me, sir?" She called toward the crew member.

"We all have blond hair, and we don't know why. You too."

Tia brought up her camera and snapped a quick pic. "See? We're all this way."

"Oh.. wow." They shook their head for a moment. "We should probably head to the medbay, just in case. And quick, in case this is something that spreads." they put their food down carefully and tapped open a comms app. "Medbay. Hey, it's Nobu. I'm down at the cafeteria, and something is strange. Like Code 17. Can you clear a quarantine? I'm coming down with 2 others. We're all Class C for now, OK? Thank you." Looking up at the other two, Nobu gestured. "Don't worry, but do be quick, come on."

Striding quickly down the hall, Nobu kept announcing to the mostly empty halls. "Class C, safety quartine moving through. Do not approach." They were halfway to the medbay when Tia stopped in her tracks.

"Wait! You're not blond anymore. Either of you." They both turned back, and sure enough, none of them had yellow hair.

"Are those your natural colors? Is my hair black again?" Nobu asked. Mikal nodded.

"You said you looked in the mirror this morning, and your hair was normal, right Mikal?" Tia asked. "So the first time any of us noticed strange hair was back in the cafeteria. We should go back."

"I'm not sure that's a great idea," Nobu said. "If there's something in the cafeteria causing our hair to change, or maybe interfering with our vision-"

"We can check! I took a picture," Tia interjected, "of you, to show you your hair, remember? Here it is.. oh." Tia's worried look returned. She turned the screen to show the picture of Nobu from the cafeteria, with perfectly natural black hair. "I don't know how to explain that. We all saw your blond hair before."

Nobu nodded. "That's why I'm saying we should be careful. Until we know what we're dealing with, we shouldn't rush into anything."

"I agree," Mikal said, "but we should at least make sure no one goes in there. Until a haz team is ready, we're the best suited to watching the doors. We've already been exposed. Let's try to keep it to just us."

Nobu and Tia read each other's faces, and both nodded. The group headed back to the cafeteria. Turning the final corner, they spotted a pair of crew members walking toward the entrance.

"Hey, stop! It's not safe!" Tia called out. While both men looked up, neither stopped their stride, and they stepped through the frame into the cafeteria. As they did, their hair lit up in the same blond as before, cascading in a sharp line like a cheesy special effect. "You both saw that right?" she asked her group.

"Yeah. It's definitely the cafeteria. But that almost makes less sense," Miakl replied.

Nobu strode forward to address the two men. "Sorry fellas, there's something strange happening here. Look up at your hair." The men jolted in surprise as they recognized the change in each other. "Yeah. That happened to us too. It seems to happen to anyone who goes in the cafeteria."

One of the men began to dash out the door in a panic. Nobu calmly raised an arm and said, "Wait. You're already in there. We have to be careful here. Please stay for just a minute."

Tia spoke up, "I was in there for 15 minutes. I feel fine. You're going to be OK, but we need to test something first." She pulled her camera up and framed the two men through the doorway. "Smile! Thanks. Now let's see what the camera sees. Mikal, look!"

Turning the screen around, Tia showed it to everyone present. The men had natural colors in the photo, no blond. "OK, now one more test. Here, catch." Tia tossed her phone to one of the men. "Now show me the picture again.

"Whoa!" said the man with the phone. "I don't understand." He presented the photo, and sure enough, both men were pictured as blond as they appeared to be.

"We need to get a medic team down here," Nobu said. "Can I ask you two to stay in there until we have medics here? I know it's a lot to ask, but the more data we have, the better chance we have of figuring this out."

Seeing the worry in his friend's face, the more confident of the men burst open in a reassuring smile. "Ha! I've always wanted to be blond. Tell you what, I'm pretty hungry anyway. We'll get some breakfast while you get the medics, deal? Besides, I've gotta tell Julia about this. She's going to flip."

Before Nobu could say more, the man had his phone to his ear. "Hey, Jules, it's Issac. Are you still making that list? Yeah. Yeah, I've got one for you. I'm in the B-Deck cafeteria on 078, with Suri, and we both have wild blond hair. No! It turned blond when we walked in. Yeah. Happened to some others, too. But it went away when they left. Yes, really. That's what I'm saying. You need to get down here."